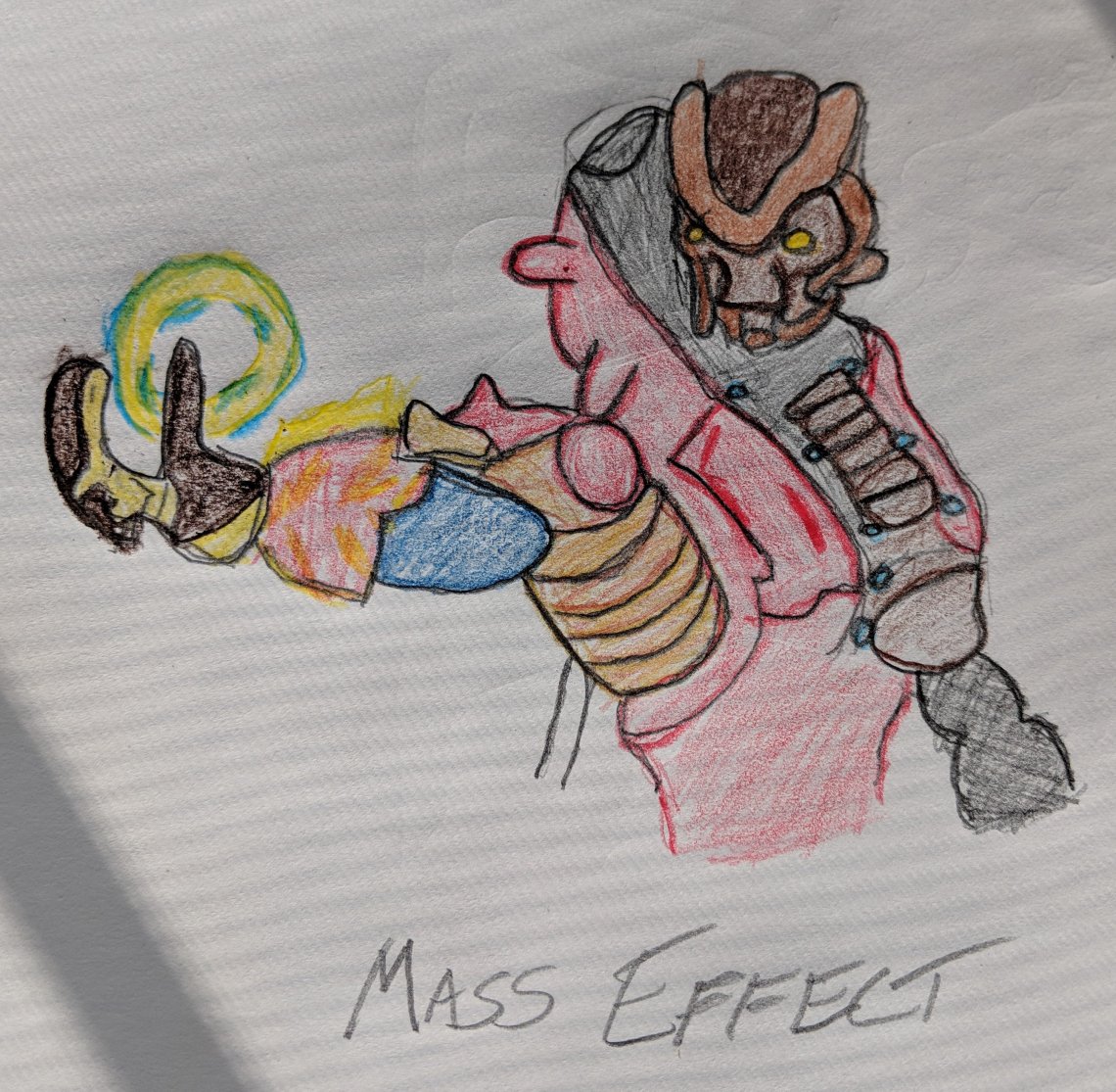 Among the Xbox 360 and PlayStation 3 console generation series, there are a few high-quality standouts, and Mass Effect is one of them. A bit of an aside, this console generation (360/PS3) was a huge gift to PC gamers, because it lasted seven or eight years. I had built a computer late in this console cycle, and my PC was so powerful that it could handle any ported game from this generation with incredible ease, often letting you choose graphical enhancements on top of what consoles offered, like anti-aliasing, higher screen resolutions, and higher texture quality. The Mass Effect PC port was no exception, and perhaps DF Retro will highlight this someday, if they haven’t already. Though blurring the line between first-person shooter and role-playing game, Mass Effect proved that the “BioWare doctors,” when given a large budget, could follow through on a great game.

The plot is what you would expect: There is a species known as “the Geth,” which systematically destroys all life every 50,000 years, essentially genocide, which leads to extinction. You are Commander Shepard, who wants to put an end to the Geth’s ruthlessness. Humans are looked down upon as inferior among the species living in space, until Commander Shepard proves himself in a battle before the events of the first game. This allows for the first human Spectre (again, Commander Shepard), who is allowed to join an outer space United Nations of sort, with a representative for each intelligent species in the galaxy. You have a “Krogan” (a frog-like species) on your ship (the Normandy), Wrex, whose species was rendered sterile by a scientific study by a corporation. All Wrex can really do is shudder and move on. Your ship is piloted by a man, the Joker, who can’t walk due to a degenerative leg disease. There are a lot of character plots, and the game encourages you to explore them.

The combat is simply a third-person shooter. Still, Mass Effect manages to be an RPG. The more you fight, the more you gain experience points and level up. Points awarded for leveling up can be given to improve skill with a certain weapon, or to improve a special skill. You typically travel in a group of three, so your two teammates level up as well. Strangely, there are only a limited number of battles to be won. It is not like a Japanese role-playing game, where you can usually “grind” levels to your heart’s content, making each point spent after leveling more important. Still, the game gives you optional missions that are bare-bones plot-wise that will keep earning you experience points, but even so, there are a finite number of these. I am thinking of Shiguro Miyamoto saying his biggest regret after Ocarina of Time was released was not letting the player play a boss fight more than once. Mass Effect has a very similar problem.

As mentioned earlier, we made big graphical strides moving from console to PC. The biggest problem on console, especially Xbox 360, was texture pop-in. At a certain range, a low resolution texture would become high resolution due to being closer to it. It’s a trick to reduce load times, but it’s messy in implementation. Though texture pop-in is still present on PC, it’s much closer to an instantaneous switch of the texture, and it seems higher-resolution textures occur at longer ranges. Of course, you also had much better odds at a constant 60 frames per second at the very least, as well as higher screen resolutions. The PC port was actually contracted out to a small team, and they included a nice tactical battle overlay when you hold down the space bar. You can issue commands for your teammates and for Shepard.

The series hits a serious high point with Mass Effect 2, but that couldn’t have happened without the first game as a foundation. In the way that Modest Mouse was always a good band but didn’t release their best album, “The Moon and Antarctica,” until signing to the major record label Sony, BioWare was always a good developer, but never had this high of a budget until being bought by Electronic Arts. Ultimately the acquisition, in time, tore BioWare apart, its two certified-doctor founders leaving, one to travel the world tasting craft beers. Still, I am grateful one of the two big series (the other being Dragon Age) BioWare produced with EA was a space opera. It’s a trilogy, and the fourth game, Mass Effect: Andromeda wasn’t talked about kindly by other critics, so I’ll probably never play it. Enjoy the first Mass Effect because it was just plain good.