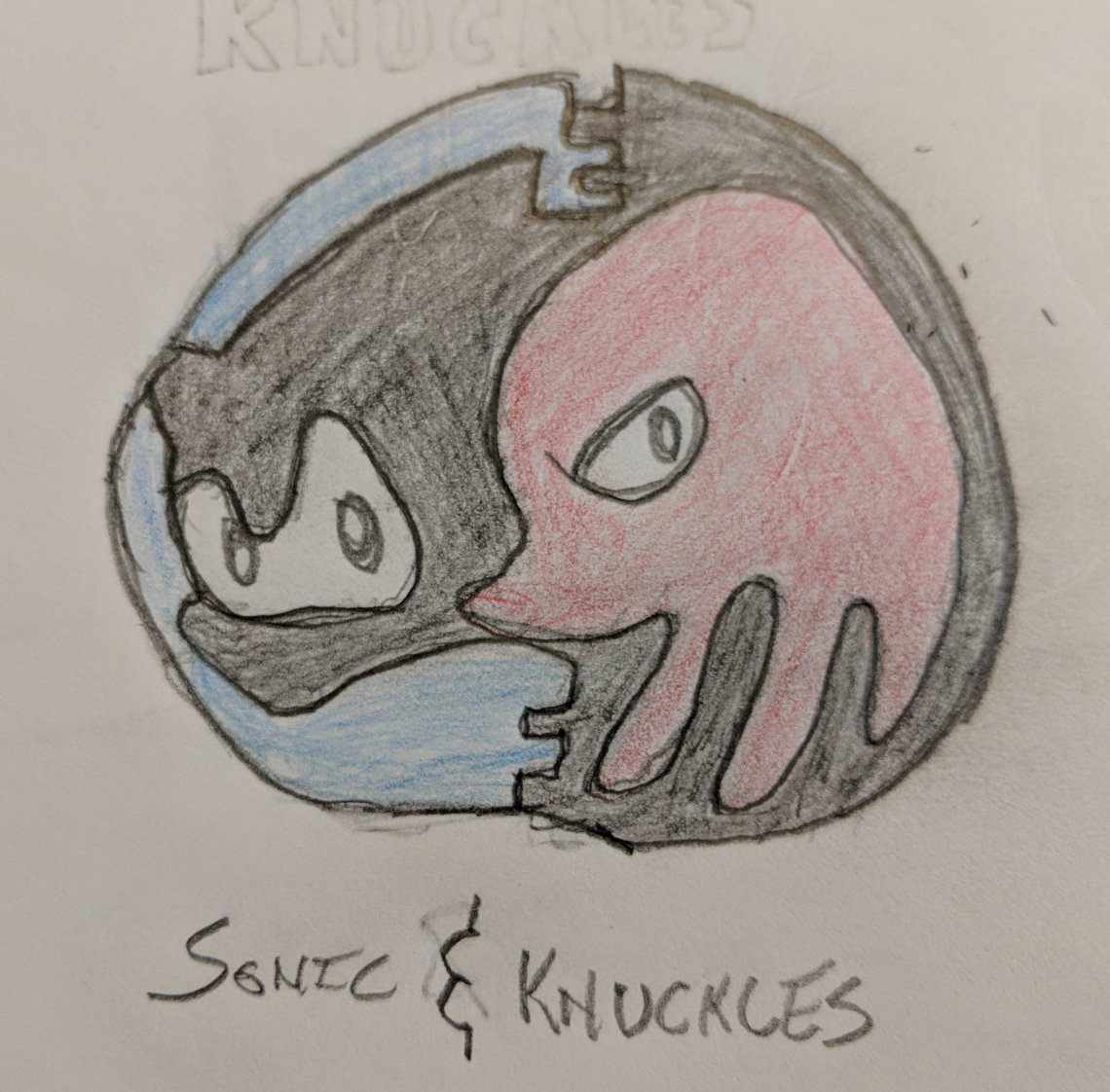 It pains me slightly not to call this two games, because I remember Sonic the Hedgehog 3 and Sonic and Knuckles being separate games and cartridges. I have read conflicting reports. People generally think the Sonic 3 was getting too large, so Sega made two games. There is a rumor that McDonald’s set a strict deadline on a Sonic-themed Happy Meal promotion, so Sega cut Sonic 3 short so they could promote the game with the meal. Sonic the Hedgehog 3 is my second favorite Sonic on Genesis, number one being Sonic CD. Sonic and Knuckles featured an innovative “lock-on” cartridge, on which you could place another cartridge. This allowed you to play Sonic 2 and Sonic 3 as Knuckles. Sonic 1 didn’t make the cut. Sonic 3 and Knuckles is just Sonic 3 “locked-on” to Sonic and Knuckles.

Here we have a sizable fourteen Zones, but again, this is two games in one. Mushroom Hill Zone is where Sonic 3 becomes Sonic and Knuckles. I never much cared for Mushroom Hill Zone. It was hard to pick up speed, and enemies were unfairly located, hitting you more easily. The first Zone, Angel Island Zone, is still a take on Green Hill Zone, but with an Amazon Rain Forest twist. Carnival Night Zone is a take on Casino Night Zone. It has one platforming segment that is difficult to solve. I had to refer to an FAQ and a video to get through. Launch Base Zone and Sandopolis Zone have an equivalent in the game Sonic 4, released many years later.

This title builds on Sonic 1‘s barrier idea, but now you can pick up a water barrier, a fire barrier, and an electric barrier. The water one lets you breathe underwater, and lets you bounce after a jump. The fire upgrade lets you do a homing attack, similar to what we see in Sonic Adventure, and you can interact with fire and not get hurt. The electric barrier gives you a slight boost after you jump, like a double-jump.

The mini-game for the Chaos Emeralds are fun but can be infuriating. You are trying to turn blue spheres red by walking through them, and are also trying to collect coins. If you touch a red sphere however, you lose. Coins appear when you cleverly trap yourself while changing blue spheres red. It’s fun but difficult to master. The reward is to become “Super Sonic,” which is still like cheating. You lose coins but take no damage at all times. I do like the play on words with Super Sonic. In the Knuckles half, you can become “Hyper Sonic,” which is actually also a play on words (it’s five times the speed of sound).

This is the first game where the non-final levels have bosses other than Dr. Robotnik. I can fault the game for being overly reliant on spikes as obstacles or challenges. When you encounter Knuckles, he’s kind of a punk that presses buttons you don’t want him to press (presenting a new obstacle, trying to make your journey more difficult), though near the end, you finally see him trying to protect what would later be called (in Sonic Adventure) the Master Emerald.

The end of the game is a four-part boss fight. As the proud owner of Sonic 3 and Knuckles on Steam, fully aware that the game’s ROM file is provided and can be used with other emulators, I advise you to just save-state your way to victory. I was happy to see Yuji Naka get the “Producer” credit, as he is often seen as the creative force behind the series. Michael Jackson worked on the game’s soundtrack. Though Sega said they scrapped the work, there are many similarities to his own compositions in the game’s music. Last but not least, you can play the whole game over as Knuckles if you’d like. I remember reading an interview with a developer on Super Mario Galaxy, and he said playing as Luigi is like switching from a sedan to an Italian Sports car. Perhaps an analogy can be made for playing as Sonic, then Knuckles. Like riding a road bike at high speeds, then hopping on a BMX bike.