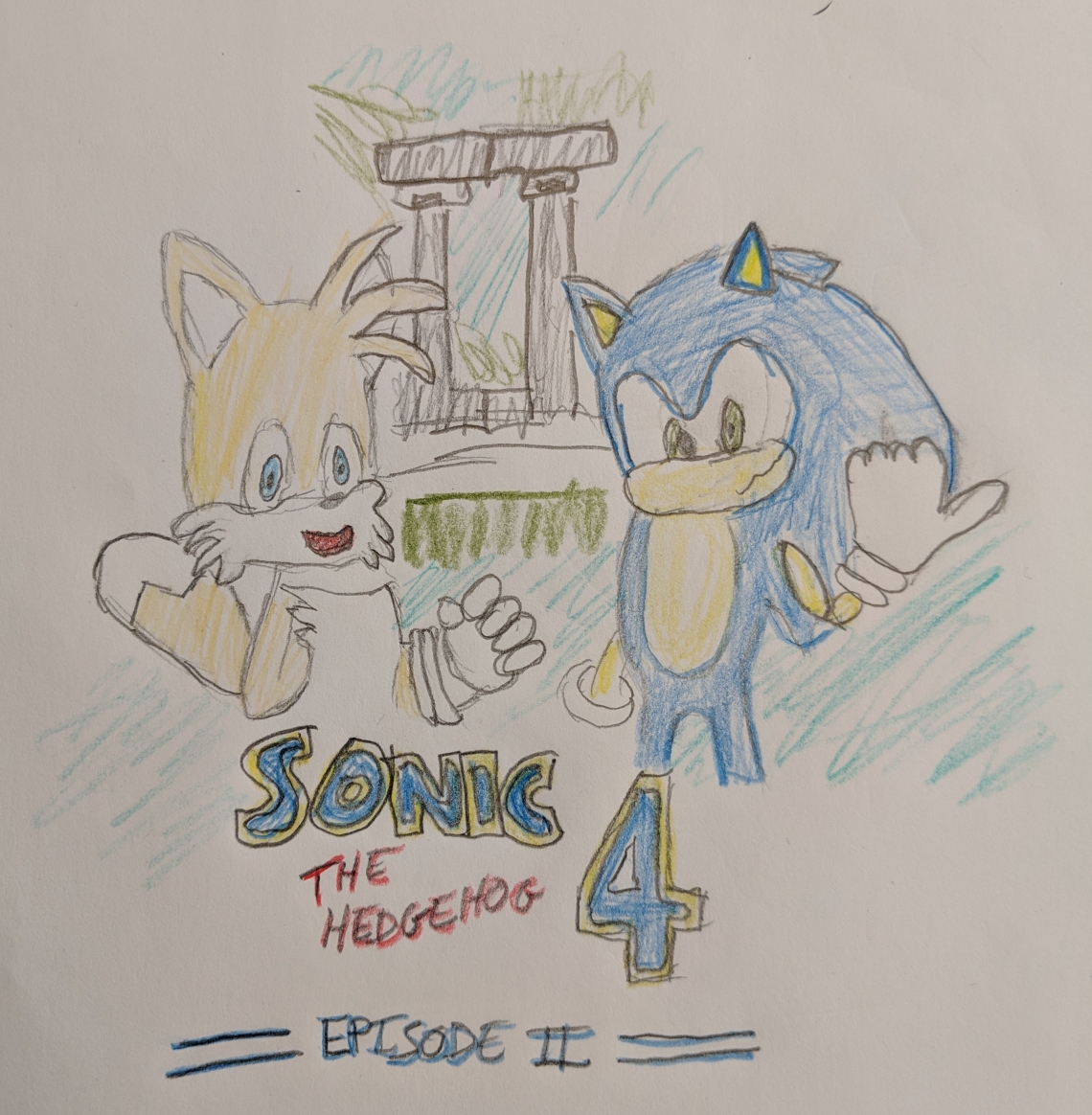 Sonic 4: Episode II does a really good job addressing my concerns from the first episode. Yes, the character models (and game as a whole) uses 3D graphics, but Sonic is no longer hideous. Not only are the Zones varied and original, the background art is much more pleasing to look at. There is also originality in the form of new moves you can perform, and new boss fights in the series as a whole. All said, it’s still not perfect, with more occasions to lose all your rings, and a challenging Special Stage.  I don’t even think it stands out among 2D platformers around 2012, like Braid, Limbo, and Outland (a personal favorite).  But I do think it’s a good Sonic game.

Tails is alongside Sonic once again. Not only that, they can team up. Tails can carry Sonic, so they fly over certain obstacles, but you acquire moves as you go, such as a screen-filling attack, where the two of you lay waste to all enemies on the screen. Tails can be controlled by a second player in the same room, or in online co-op. Though there is no Knuckles, we also see Metal Sonic, and of course, Dr. Eggman.

Again, it’s a short list of Zones: Sylvania Castle Zone, White Park Zone, Oil Desert Zone, Sky Fortress Zone, and Deah Egg Mk.II Zone. Sylvania Castle Zone is exactly what I was hoping for in the first episode—original level design. It has a castle deep behind evergreens. As a Pennsylvania resident, I like the “Sylvania,” which is Latin for “forest.” White Park Zone is a snow level, and Oil Desert Zone is a sad reminder that we import a lot of oil from the Middle East. Sky Fortress is faithful to the Genesis equivalent. Like Episode I, there are three Acts to each Zone, which is nice, because Sonic 2 and Sonic 3 only have two Acts per Zone.

Again, we see originality in boss fights. There’s a Metal Sonic boss where you go between the background and foreground to stage an attack on him. There’s a Dr. Eggman boss where you must jump between metal rings protecting him, and after a few hits, the rings fall apart in places. Sonic Team took a risk in creating a new boss fight so many years after Sonic 3 and Knuckles, and I’m glad they did.

Again, the homing attack is there, and it’s still cheap. The bonus stage is ripped straight from Sonic 2, but is easier overall. We really do see Sonic Team taking more risks, which definitely paid off. Sky Fortress Zone seems to drag in the middle Act, but overall, it is a fun game. I should have access to something called Sonic the Hedgehog 4: Episode Metal, which you get if you own both episodes, but I haven’t tried it. It’s also worth noting that it feels like there should be an Episode III, but there never was. I assume this is because of poor sales. Still, thank you Sega for remembering the numbered series, even if this title is just average.