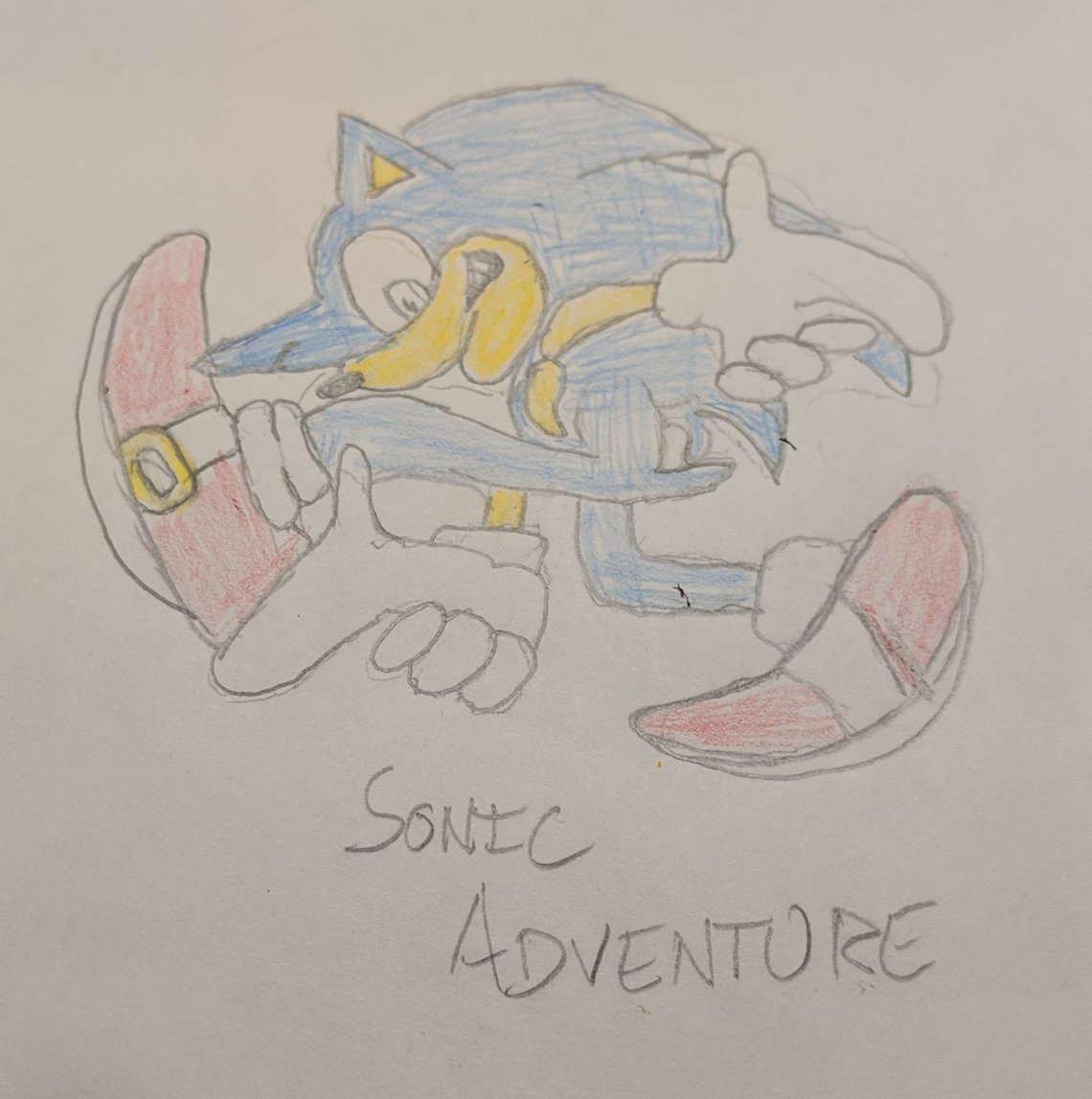 This is Sonic’s first full game foray into 3D after the canceled Sonic X-Treme for the Saturn, and the only brief 3D moment in Sonic Jam. The Sonic part of the game is almost exactly what we wanted out of a 3D Sonic, though oddly there are six campaigns for other characters, including ones for Tails, Knuckles, and Amy. Camera issues are huge and frequent, and it’s really apparent this wouldn’t be the Dreamcast’s answer to Mario 64. All the while, it isn’t so bad. It just doesn’t stack up to other 3D platformers of the era.

Let’s start with the Sonic campaign. It really is what you’d expect. You can fly by at what feels like over 100 miles per hour in a level. At the same time, the Sonic campaign is subjected to the same pitfalls as 2D Sonic’s. Colliding with an enemy at top speed results in a total stop and a loss of all of your rings. In the third dimension, the camera gets stuck on things and stops moving, or will be inside a wall so that Sonic can’t be seen. It really makes you realize that Mario had the camera figured out. The Sonic campaign in Sonic Adventure is still satisfying, boss fights and all.

From here, the campaigns get worse, although it’s never really bad until you get to Amy. Tails is fun. He can fly like in the old games, but doesn’t have Sonic’s homing attack. He can attack on ground instead, and the final boss has you attacking the bosses feet. There are a couple of levels where you get near Sonic’s speed, but Sonic remains the fastest of the bunch. Knuckles isn’t so bad. You’re collecting shards of the “Master Emerald,” which you later learn can exist only when the seven chaos emeralds are together. He can glide, and his outings are a bit like metal detecting, with an indicator that beats faster the closer you are. If the whole game was Sonic, Tails, and Knuckles, we could say it’s maybe above average.

But someone at Sega really wanted us to have a value package, so we still have Amy, Big the (painfully dumb) Cat, and E-102, Dr. Eggman’s robot (this is the first game where “Dr. Robotnik,” is simply called “Eggman,” which apparently was his name in Japan). Amy likes going out on dates with Sonic, and shopping. Big is so dumb it hurts, and the whole campaign is a fishing mini-game, like that in The Legend of Zelda: Ocarina of Time, but less precise. Finally, we have E-102, the robot, whose missions are, strangely, for those who followed up, a lot like the Tails missions in Sonic Adventure 2. You aim a laser at targets, and when you release, homing missiles launch. At no point during these final three segments did I think, “I’m having fun.” It would have been more appealing to have a shorter game with higher quality. It feels like they just wanted to make the game longer, but they reused so much old content to do so… as in levels. The good news is it eventually ends.

The audio/visual quality is high. It’s a clear demonstration of the Dreamcast’s power. The music is non-memorable, but the track for “Mystic Ruins” is great, almost like something you would find on a Dead Can Dance album. Speaking segments are poor. It’s more than just bad dialog, the character’s mouths move in really strange ways that don’t match the words they are saying. It probably looks better in Japanese. The PC release might just be emulation, but it’s mostly without improvements. It is locked in 4:3; in 16:9, there are bars on the screen (a big part of why I think it’s emulated). The one issue is if something in Windows pops up, the game crashes. I had emails coming in, and the Windows 10 Mail notification crashed the game. Took me a few times to figure it out, then I disabled notifications.

I guess it’s not a huge spoiler to say the game ends with Super Sonic, which looks a lot like Super Saiyan Goku. It’s just a fair amount of story and a final boss fight. You can replay levels in time trial mode, or in mission mode as well, but I had no desire. Seeing “100%” next to all seven characters is enough. I think Sonic Adventure 2 is a fair amount better, but here’s the very rocky start to Sonic the Hedgehog in 3D. All these years later, and it’s not a whole lot better.