I can’t remember how long ago now, but I looked at my blog one day and thought it would be a good idea to increase the length of my reviews.

I have played every game I have reviewed to some level of completion (and the site will continue to operate this way), but I needed to research the games I had played previously because so much time had passed that my memory was fuzzy.

The number one resource was watching a “longplay” on YouTube, which is a video of someone starting and finishing a game, generally leaving no stone unturned (secrets, side quests, hacks, etc.). The number two resource was fan sites, including Wikia. Wikia has an excellent wiki about Castlevania games, with characters, story and more. Other games, such as the Commander Keen series, have good dedicated fan sites that are privately hosted. I’ve learned to distrust Wikipedia with time, as the reputation has come down a bit. Usually, watching a longplay had memories about the game come flooding back.

Writing all these reviews happened in maybe three or four sessions. I had reviews stockpiled as a result. I started posting every Monday and Friday, without officially stating Monday and Friday are review days. I realized 50 full length reviews was an attainable goal. “Full length”, in my mind, is at least five paragraphs, like a middle school paper.

Commander Keen 6 was my last stockpiled review… and here we are! 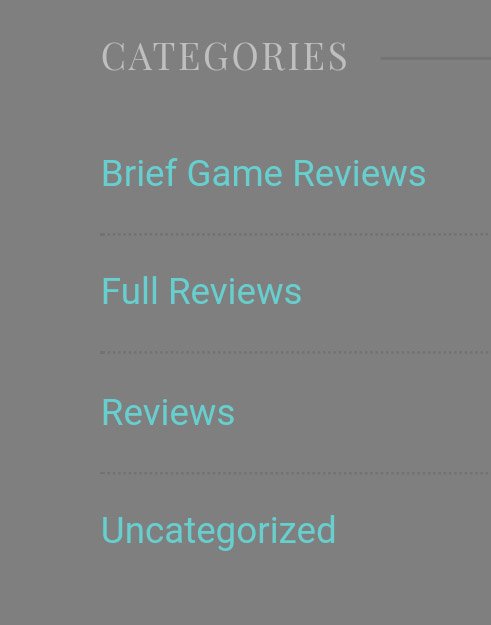 Where Do We Go From Here?

I am still looking into publishing. I realize a collection of fifty reviews is a little too general. A better book might be titled “Hits and Misses on Nintendo Platforms: 50 Game Reviews from Gameboy to DS, NES to Wii”. Wouldn’t that be better?

Here is every game I have finished. Thinking along the lines of the above paragraph, I’m practically there with PC – 47 games finished, 3 to go. The bad news about thinking this way is there a quiet a few rejects. I just haven’t played enough Sega games to turn it into a book. Same goes for Xbox.

On the site front, the site is doing OK. My biggest referrers this year are Search Engines, Facebook, Twitter, and WordPress Reader. I think some people have the site bookmarked. For reasons unknown to me, Fable: Anniversary is the top hit after the home page. For comparison, my biggest referrers last year were other gaming sites, largely because I frequently visited those site’s communities.

The best thing I can do to raise the site’s prominence is buy a domain. WordPress has some nice packages for purchase, all of which allow a custom domain. I would likely wait for a sale price, but it is something I’d like to get done. Belonging to a subdomain just isn’t cool.

And with that, I need a vacation. Thank you loyal readers. Thank you new readers. I implore you to leave a comment and make the site a better place.

Oh… and I know who the mysterious “Wooden Nickels” is. She is an excellent grammar editor.